Things to do, Quirky events General Giles Social Club (Above Iceland), Mitcham, From 10am Saturday March 07 2020.

The London Borough of Merton is about to become an unexpected epicentre of VR technology with the launch of the Mitcham VR Festival. For one day, Mitcham’s General Giles Social Club will become a VR entertainment space where you can watch 360 degree films.

On the day you can watch ‘Gloomy Eyes’, a VR animation of a zombie love story starring Colin Farrell, or explore the depths of 16,500-year-old cave in Santander with the interactive documentary ‘Memoria: Stories of La Garma’.

One of the most intriguing films on the bill is ‘Judi Dench: My Oak Tree VR’ which will allow visitors to fly around the Dame’s six-acre garden and go on a ‘360-degree journey’ through her favourite oak tree. A chance to see how Dame Judi’s garden grows? Hand over that ocular headset asap. 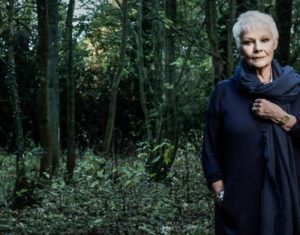